I was able to reflect on the role of space in relation to luxury hotels and hospitality on a recent exploratory trip to Dubai, where the concept of space came up in more than one conversation with hoteliers.

Like many other cities in the world, Dubai has always been short of space. Starting out as a small fishing village it has grown into a rich metropolis of sky scrapers with a population of over 3.3 million. However, the city only exists, as we know it today, as a result of extensive land reclamation that has created space for new property ventures, not least of which has been luxury hotels and residences. Land has been reclaimed from the desert, but also from the sea. In the 90s, the Burj Al Arab was built on its own man-made island. Since then, land reclamation from the sea has been ambitious, extending from individual islands, to archipelagos, such as Palm Jumeirah and Jebel Ali, or Dubai Marina and Bluewater’s Island.

Defining space in the context of luxury hotels and hospitality

The Significance of size

When Isadore Sharp, Founder and Chairman of Four Seasons, started building what he called luxury hotels, he strongly believed that space signified luxury. It wasn’t about cramming as many guest rooms into a hotel to maximize profitability, but reducing the number of rooms so as to make them larger and to maintain profits by charging more. Admittedly, he managed to do this successfully, for example, at The Inn on the Park – now Four Seasons Hotel London Park Lane, by providing additional amenities, such as hair dryers in each room and exceptional service, neither of which were the norm back in the 70s. 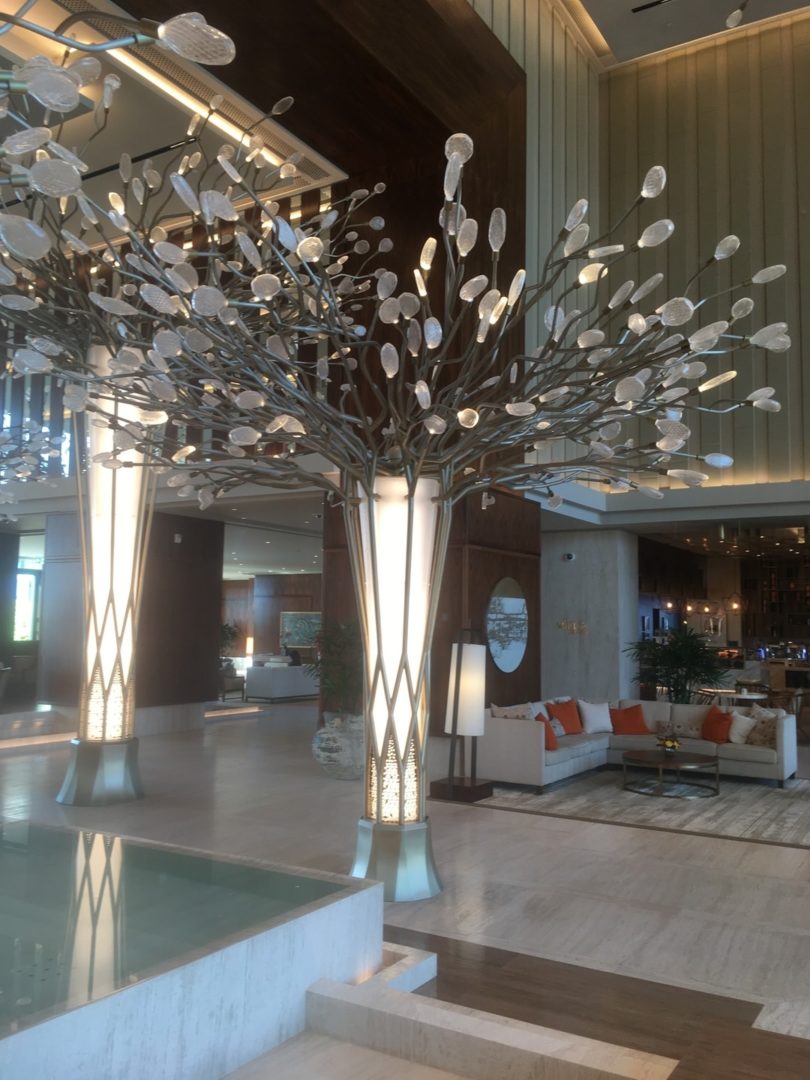 In Dubai, Richard Johnson, Hotel Manager at the newly opened Mandarin Oriental Jumeira, talked about space in relation to size and the experience of space, particularly in the context of Arabic guests. In the hotel, “You will see space. You will see a hallway that is nearly three times the width of a normal hallway. And, you will see a guest room that is minimum 56-58 square metres. Our local guests recognize that, space to them is a luxury. Until we opened the hotel, we didn’t define it ourselves. The locals come in now and they tell us “Wow!”, the hallway is big. Walking to their rooms, this is a much different experience from what they are used to or have come to expect. I think the architecture lends itself to that – the architect and designer who put this together – the rest is history.”

He adds, “I learnt it with Arab guests. They need space. It’s become more luxury – it’s restroom space, bathroom space, it’s all in the guest room. If you took our entry-level guest room here and put it in New York City or London, it would be considered a suite. Now, Arab guests come here and when you offer them a suite, this is huge because it goes from 56 to 156 square metres. So, they perceive space as luxury… Together with some great design and they are happy. You can offer them a small room with marble floor, gold faucets and diamond patterns, but they would still prefer the room with the larger size.”

Evidence from luxury hotels and residences to yachts and superyachts suggests that size still matters for millionaires and billionaires representing, as it does, both wealth and status. In luxury hotels, we see an increase in the size of rooms and suites, as well as an increase in the number of suites at the expense of the total number of rooms. This reflects the trend for bigger and better, which requires space, that wealthier clients expect today. But, it’s not only about size, it’s also about the actual use of space.

Use of space in luxury

In looking at “What makes a space luxurious”, the designer of a London property company observes that, “In times past what was considered luxurious was to put your most ostentatious and prized possessions on display and show off your wealth. Nowadays, following the “less is more” mantra [1], space itself is prized and conveys a sense of well-being and affluence.” It also reflects a trend for minimalism. The lack of objects and clutter reflects luxury. In relation to architecture and design, “what’s left out is just as important as what’s left in”, the space it creates is luxury.

The Burj al Arab, Dubai, has used design to create space and a feeling of space. The atrium extends up the full height of the building, which creates a sense of scale. All the accommodation is duplex suites, the smallest being 169 sq. metres. This design and the absence of clutter in the rooms gives that incredible feeling of space. The same is true of the Talise Spa. Situated on the 18th floor, its indoor infinity pool is just that! Floor to ceiling windows all around offer expansive panoramic views of Dubai. The Burj, built on a relatively small island, has little by way of grounds. However, it makes up for this by having an extensive decking around the property. An infinity pool at one end drops into the Arabian Sea. The surrounding ocean stretches into the far distance. Together they create a feeling of infinite space and provide a sense of calm and relaxation. 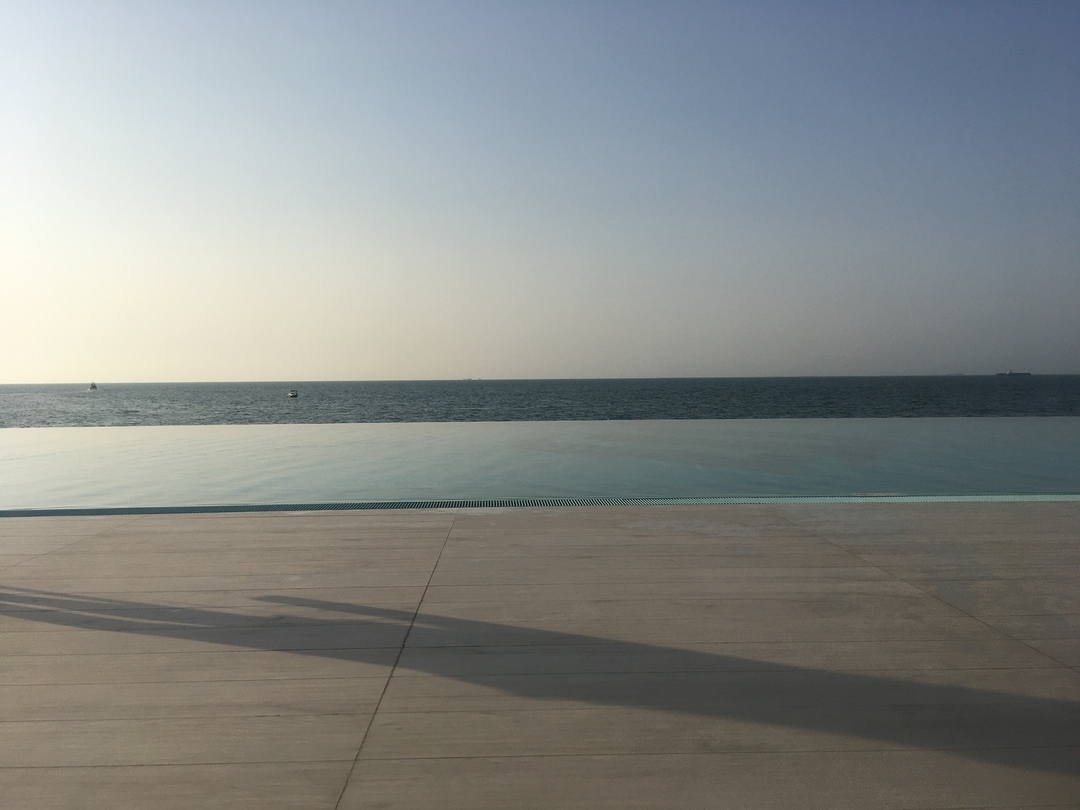 Similarly, the Mandarin Oriental Jumeira, in addition to the physical size of rooms and width of corridors, has used design to create a feeling of space. From the floor to ceiling windows in the rooms, to standing on the 6th floor where the Portuguese restaurant and an infinity pool are located. Looking out over an uninterrupted view of the beach and the expanse of the Arabian Sea creates the feeling of space, peace and serenity. 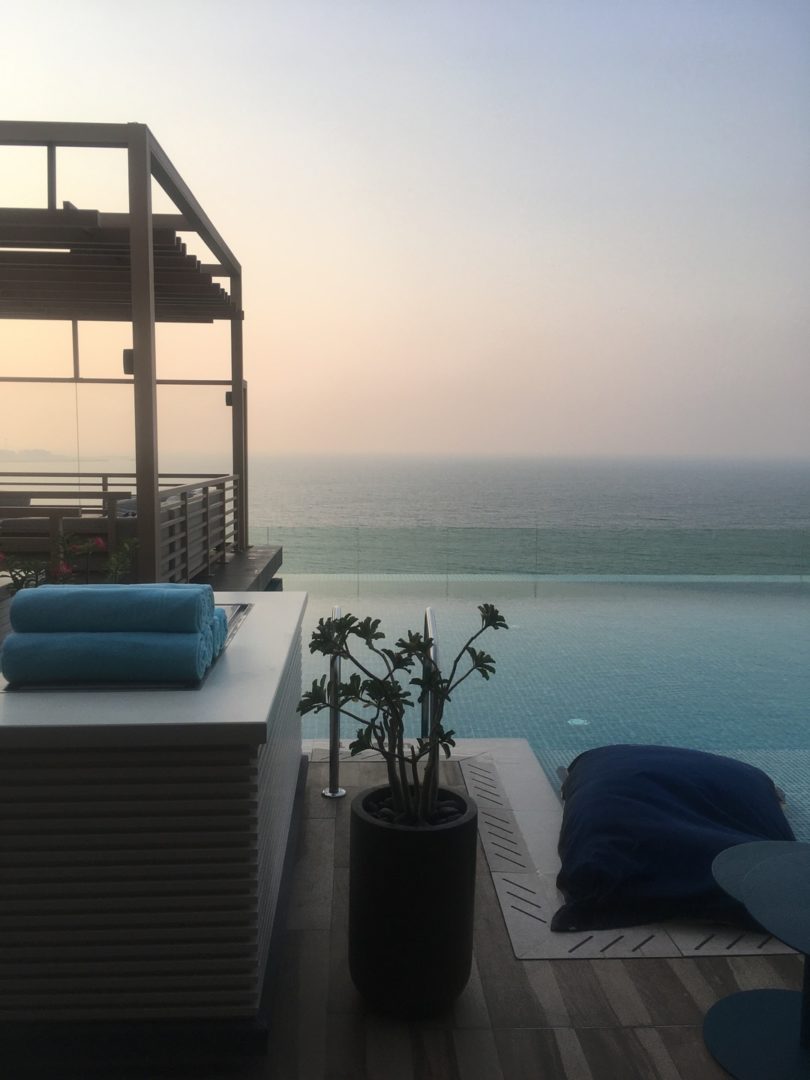 Creating a sense of space through luxury hospitality

Space, in luxury and luxury hospitality, is not only about physical space and giving an impression of space, it’s also about whether guests actually feel they have space. This looks at the concept of space holistically and from a more psychological and emotional perspective. It’s about creating a space that provides peace, calm and well-being. In respect to the Four Seasons, Isadore Sharp described it as “a generosity of space” and creating “a feeling of serenity and beauty”. It’s about demonstrating an understanding of the guest and what they need at any specific time or place. It’s not just about cultural sensitivity, but also being sensitive to the context.

When I asked, Moorthy Mudaliar, Resident Manager of One&Only The Palm, Dubai, what luxury was to him in the context of hotels and hospitality, his answer, amongst other things, was “luxury is distinguished by space”, particularly when on holiday, “guests want relaxation, tranquility, exceptional service and attentiveness”. This is all about creating a sense of space for the hotel guest during their stay. And, when it comes to service and creating experiences, that means being intuitive and understanding the needs of each and every guest. Anticipating what they want even before they realize it.

The feeling of peace and serenity, relaxation and calm, are an antidote – and increasingly a luxury – with today’s hectic schedules and lives that are 24/7 connected. This is something that luxury hotels can offer in their approach to hospitality. It goes beyond simply offering a digital detox – disconnecting in order to reconnect with family, friends and the world around – although this is part of it.

In the final part of this three-part series, I’ll look at the opportunities this creates for hoteliers and how they might create space – or a sense of space – and meet the needs and expectations of their guests today.

Personal conversations and interviews with hoteliers in Dubai in 2019.

[1] “Less is more” was a phrase adopted by Ludwig Mies van der Rohe in 1947 in relation to architecture.

Click here to read this article at its original publication source 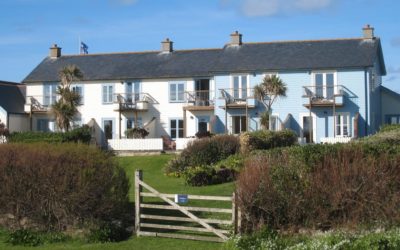 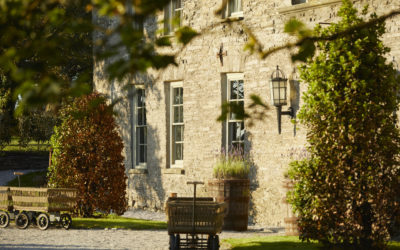 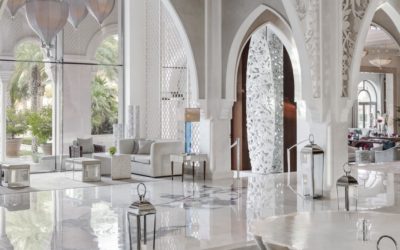